Welcome to this week's Dev log, I’m the other half of MKDB Studio, the wife, Kathryn.

I’ve worked with Michel on several logo projects prior to this, he is easy to work with and broadly knows what he wants.

At first I found it a challenge to get my head around the Signals logo as all we had was an idea for a space game and 2001: A Space Odyssey as inspiration. So I just got sketching. Getting out the uninspired/bad ideas was a must for unblocking me and it allowed Michel to give me quick feedback. 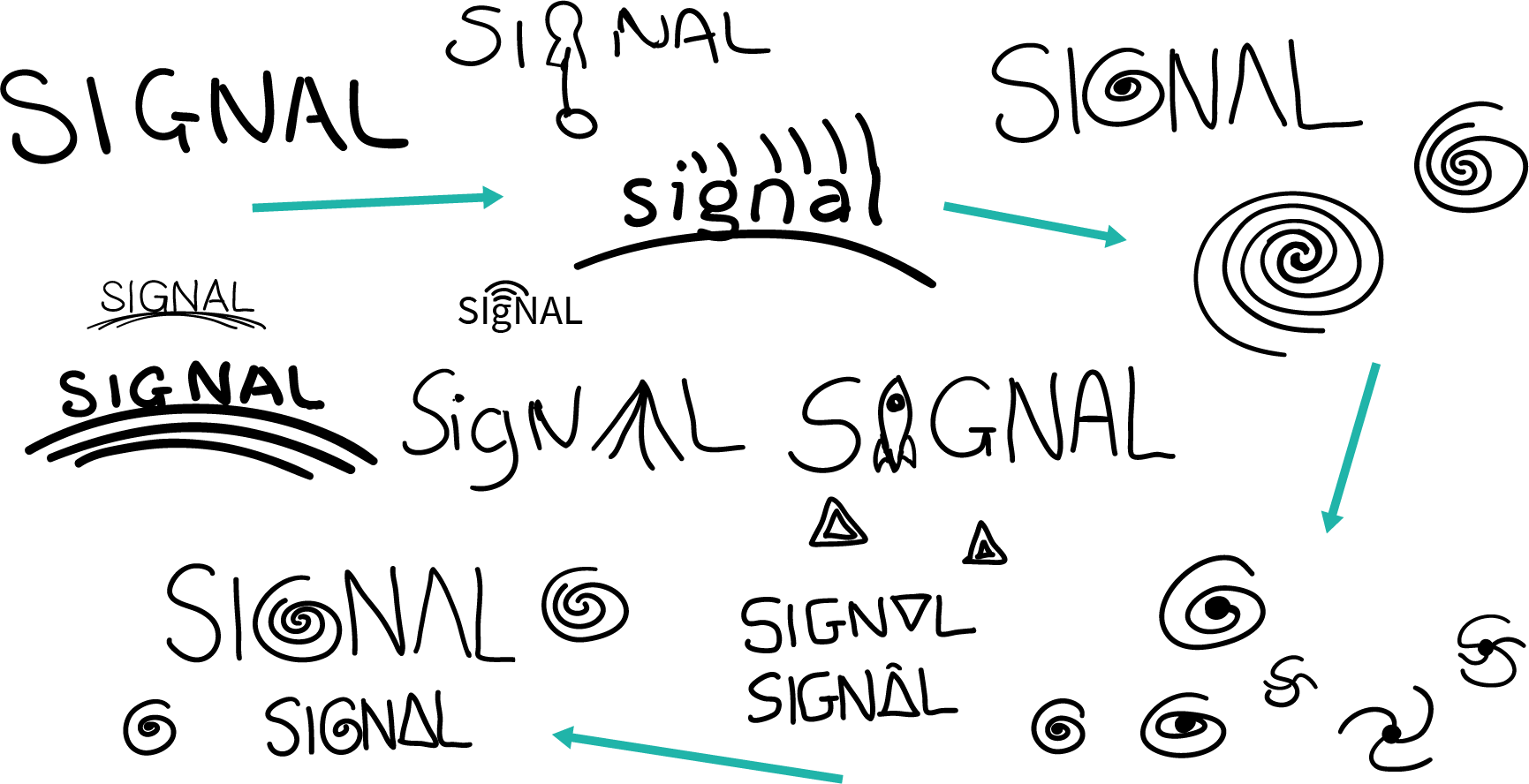 This first image was working through those initial uninspired ideas. Let’s just ignore the fact that I was calling it “Signal” in those first sketches.

He had initially wanted a curved horizon line integrated into the logo, however that looked more corporate than space gamey.

We liked the idea of the G symbolizing the galaxy and Michel envisioned the triangle A representing the in-game signals. He’s rather fond of all things Lovecraft so the triangle A gave nod to portals that lead to strange and awful dimensions (like in the movie The Void). That was a keeper.

I felt the G needed to be a Golden Mean spiral (although altered); much like the actual movement of galaxies and made a simple grid to align the letters.

And then needed to fix those S's.

The S and G are the only curves in an otherwise angular word. I played around with simple shapes and found two 3/4 circles sat nicely on the grid. Michel loved this but wanted the weight to be heavier as it makes the logo more readable at smaller sizes which matters a lot on storefronts like Steam.

As you can see the G suddenly looked out of place. It wasn't readable with the extra weight but the rest of the letters were spot on. So it was back to the drawing board for that G.

Fortunately the answer was simple; merge two circles with a line. The result was a G that married with the existing letters. Michel was happy with it and so was I.

We used this design in our capsules when submitting the Steam page and everything looked fine, right? Wrong.

Having looked at the logo for so long I couldn't see that the letters were not vertically aligned. I missed the sneaky misalignment for a few weeks until I went back to review it before the Steam page went live. It always helps to step away from your work for a while so that glaring edits can be easily seen.

So that's it! I'm super happy with the logo type and really enjoyed the design process, I feel like we nailed the space theme without being cliché. Next time you hear from me I'll be doing a quick dev log on how we chose the colours for the game. The ball is back in Michel's court next week where he'll talk about learning and working with Unity...

Have a great weekend!