Geomancy: a method of divination that interprets markings on the ground or the patterns formed by tossed handfuls of soil, rocks, or sand.

Geomancy solitaire is a Aces low, Jacks high game where geomancy is used to dictate the board and what appears on it.

- The aim is to create 4 stacks from Jack to Ace with alternating colors.

- A stack can be split, double click it to fan it out, select the card you want to split at then click on the destination to move it and its subsequent cards.

- The main deck will only place cards in empty spots.

- The joker/witness can be used in place of any card, once used it loses it's joker ability and becomes the card it replaced. 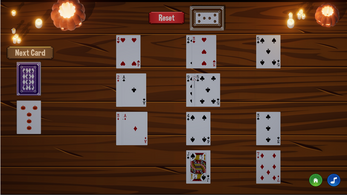 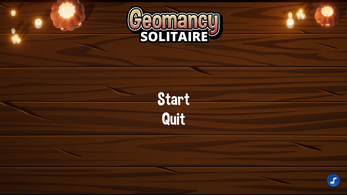